In today’s post I would like to talk about why many of the UK mobile phone networks underdeliver to their customers on purpose.  Over the years I have had many different experiences with mobile phone networks a lot of them quite bad, so when I find a mobile network that I like I normally stick with them for along time.

I remember when I got a mobile phone for the first time it was with the O2 network and there was absolutely no coverage where I lived which was a large town called Bangor .  I called 02 and explained to them the phone did not work and no one can contact me so I want to cancel the contract and send them the phone phone back. Of course they refused They told  told me I would have to pay £26 a month for the next year and 50 per minute for phone calls for a phone that didn’t work. (As you can imagine I was not impressed)

I refused to pay and that was the end of that.  A few months later I ended up joining Vodafone once again their network also had a really bad signal where I lived and although this time I actually kept the phone I was also not very impressed. At the time the phone was quite costly £35 a month not including the price of making phone calls which where about 40p per minute.

One of the first bricks I ever had 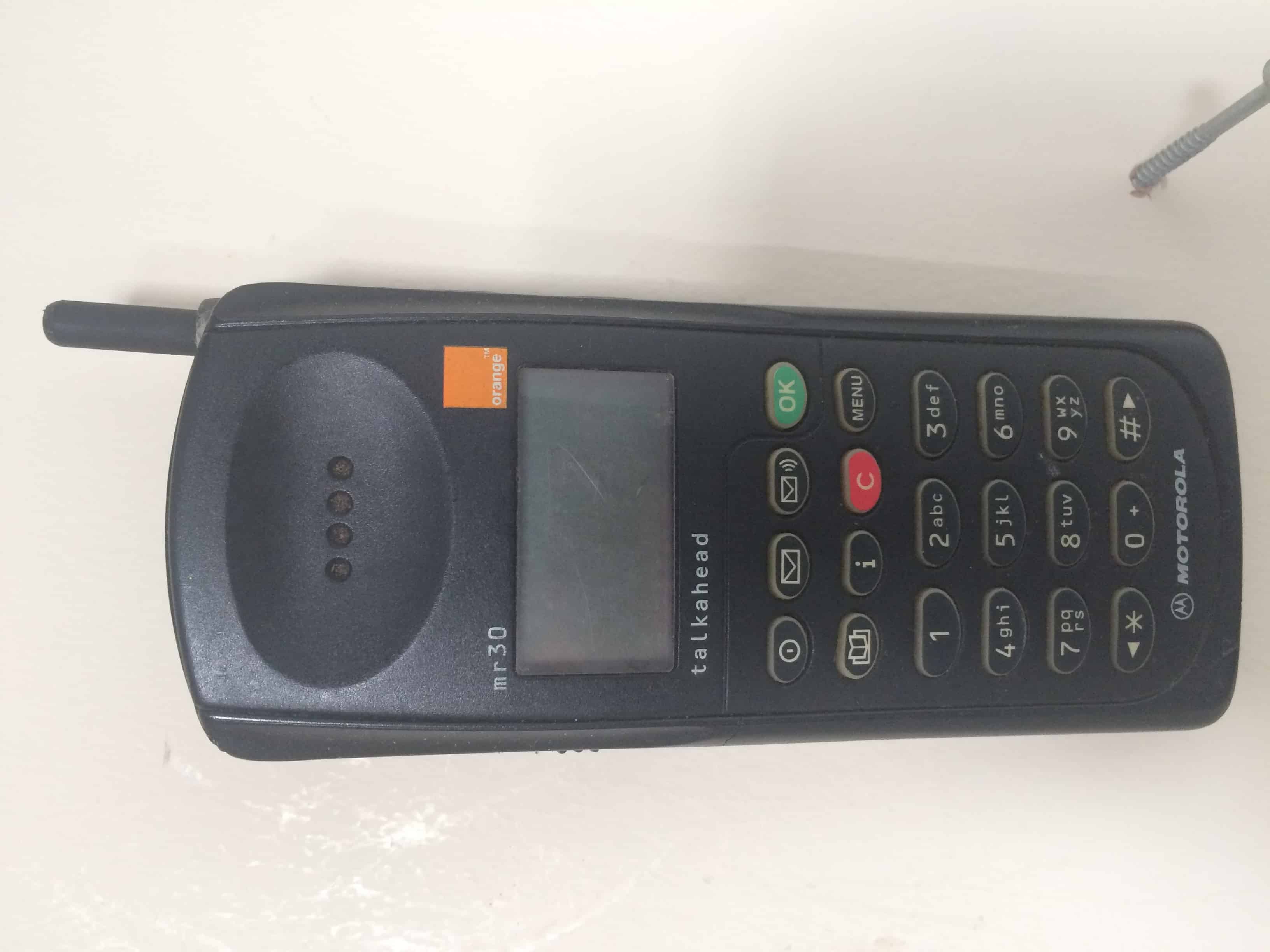 A few years later I was invited to an event in Belfast it was a company that offered you to make savings on your phone calls. You basically dialled a freephone number first and got connected via a different telephone network that was based in the US.  At the time I think there was only two mobile phone networks that offered free calls to 0800 Numbers one was Orange and the other was T-Mobile.  As T-Mobiles network was not very good at the time I decided to go ahead and use Orange.  Calls from Orange to Orange mobiles where only 5p a minute which was very cheap at that time. I bought my first brick and I mean it was a brick it was called the talkahead package I think it was £50 for the brick and line rental for life you just paid for the calls.

I stayed with Orange for many years before they where bought over by France Telecom and alot of the benefits of being an Orange customer dissapeared.  I realised that the company that sold Orange started another network called 3 and I started using 3 as I thought they where a great all around provider as long as you didn’t require talking very often with their customer services department in India.

As I am not a big fan of being tied to contracts especially for something as simple as a phone.  I switched from a contract after 5 years to a pay as you go option.  The thing I loved about 3 was they gave you unlimited Internet 300 Minutes and a lot of text messages for £15 which I thought was great value.  Then they decided to put the price up to £20 for the same package.

One of the reasons I joined 3 was because of their competitive prices combined with good coverage and services, one of the most useful things for me was the tethering hotspot on my mobile phone.  This mean’t whenever I was travelling I could bring my laptop with me and have Internet too.  A few months ago 3 sent out literally 1000 text messages (I Thought They Had A Network Error LOL) telling me that pay as you go users will no longer be able to use the tethering hotspot unless they are on a contract.  I think this was absolutely rediculous it seems to me all they are doing recently is stealing from their customers quite visibly offering less and less incentives for their users.

Trying to force people into a contract by stealing a service of theirs which is already available on their network is theft.   Do you like doing business with companies that steal from you?  Personally I don’t in fact right now I am looking for other options and even though I had bad experiences with o2 in the past all my sons are on Giff Gaff which limits mobile phone users to 6KB of Tethering even if they say their internet is unlimited..  Apparently if you go over the limit on Giff Gaff they also cut off your phone which also sounds like operating with a concentration camp type company.

So unless you want to sign your life away for the next two years, for a phone you maybe like me hardly ever use..  Then these are your great choices we should maybe kiss their boots for continuing to let us use Internet on our phone..   Thank you mighty 3 Gods we look forward to what new BS you send our way next..    We may see you soon in Giff Gaff Hell, if I ever want to tether again without a contract.. 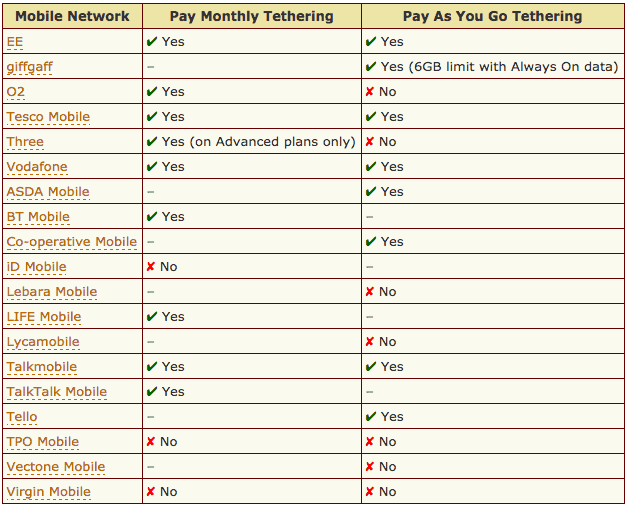 Tired of the 9 To 5 Hamster wheel Yet?

Click Here To Get Started In Your Own Online Business Today