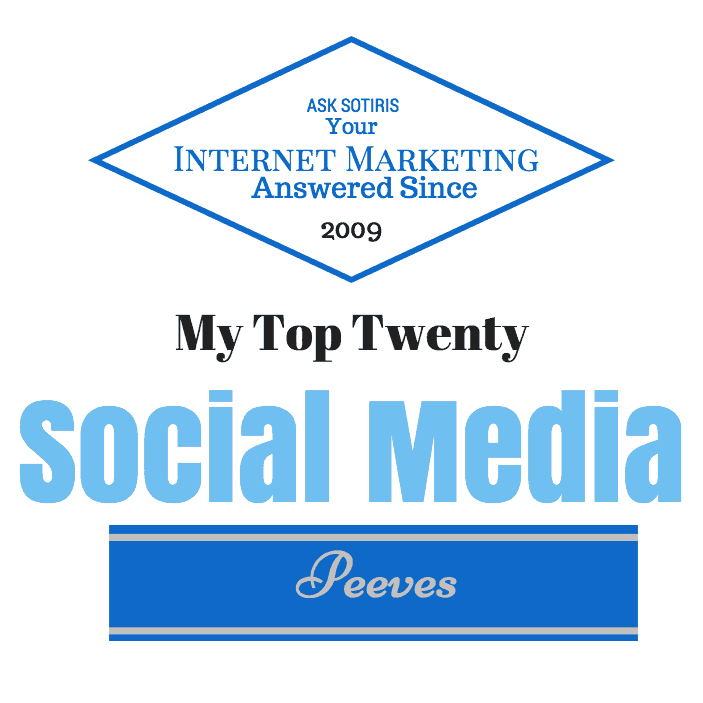 Today I thought I would do something a little different after years marketing online I realised after watching a cool training that I never posted about this before.

1. Fake Facebook accounts pictures of women with hardly any profile and often an empty wall or a wall with about 50 pictures of them adding you as a friend on Facebook.

2. Fake Facebook accounts joining my groups in fact right now I think one of my Facebook groups has about 1700 requests to join outstanding quite frankly because I am sick of sifting through the fake profiles when I go to add people to them.  And with about 50 groups or so thats a lot of junk to sift through.

3. This is a big no no for me, people in my friends list who never  message me and then after 2 years I get a message from them looking to sell something. Or join something,   Do I have idiot stamped on the front of my FB profile or something. THe truth is these are normally compete newbies to marketing online and some company CEO has told them to hit everybody up on their contacts list..   These people suck yes if you want to become part of the bottom feeder community then keep doing what you are doing.

4. Why can you only post pictures on Instagram from your phone?  Most phones have a smaller limited memory than a computer.  So why would you not be able to post your photos from your computer direct to Instagram without downloading apps or special software.

5. People on Twitter who follow nobody and think they are so cool that the sun shines out of their butt. At the end of the day if people go out of their way to follow you it is only good manners to reciprocate. Unless your ego is so big that you maybe should have your own personal social network.

6. People on Social Media who practically every update they share is a religious update. Yes we all may have our own beliefs and we may visit the bathroom every morning.  But we don’t need to share that daily with our friends or followers do we. What happened to a little variety.

7. People on social media who chose to friend you on a social network and then every update you make they disagree with or post some negative comments on it.  It’s okay now and again but if you are going to make a habit of it then unfriend the people before they block you first.

8. People on Social Media with no profile pictures this instantly makes them look like spammy fake accounts.  Normally they are but a few times I have gone through some of them and found they are perfectly genuine accounts.

10. People who flag social media accounts or videos for no reason or just for badness to take out their competition.

11. The fact that when it comes to your social media accounts none of the social networks give you access to someone live to discuss why your social media accounts have been blocked or deleted..  In fact I think this is completely rediculous.  Google,Facebook,Twitter ETC are not Gods and should stop trying to act like they are one and hiding behind some stupid terms of service  clauses..  For Fu** Sake Be Real..

12. Pictures on Facebook timelines that when clicked on go to something completely different than what you thought you where clicking on in the first place.

13. You Tube thumbnails that are absolutely nothing to do with the video that you see when you hit the play button.

14. Idiots who put videos on You Tube saying watch such and such a movie full version and then it goes to a link to sign up to some crummy website that normally looks like crap. And of course you need to add your card  details to subscribe and watch the movies if they are even there in the first place.. I am not stupid enough to give card details to such sleazy marketing low life’s.  If you cannot trust them with a video title how the heck could you trust them with your credit or debit card?

15. Periscope notifications if you want to go completely crazy sign up to Periscope follow a hundred people or so.  By the end of the week you will probably either go crazy or be ready to shoot yourself.  Yes it completely puts your head away.

16.  People who follow every social media expert online but hardly ever seem to do any social media content themselves because they are too busy following everyone else.

17. People on social media who think they are so cool and knowledgable. When the truth is by reading their updates it isn’t hard to realize that they don’t have a clue what social media is even for.

18. People who spend hours a day posting on Social Media and they have no Internet presence website blog or opportunity to get paid a penny for anything.  This is how to waste your life 101 and get nothing in return.

19. People who follow the herd I absolutely go mad when I see indoctrinated government and system programmed sheep on social media telling people to go for their flu vaccine and believe everything the main stream media tells them. That is extremely sad and sick what is the world coming too.

20.  Trolls – These are people who are employed or brainwashed to tell people government or pharmaceutical BS. Yes this is their job the problem is there are too many brainless people who are too high on fluoride and GMO’s to be able to work out the difference. Even if it is extremely sad it is true and happens daily.