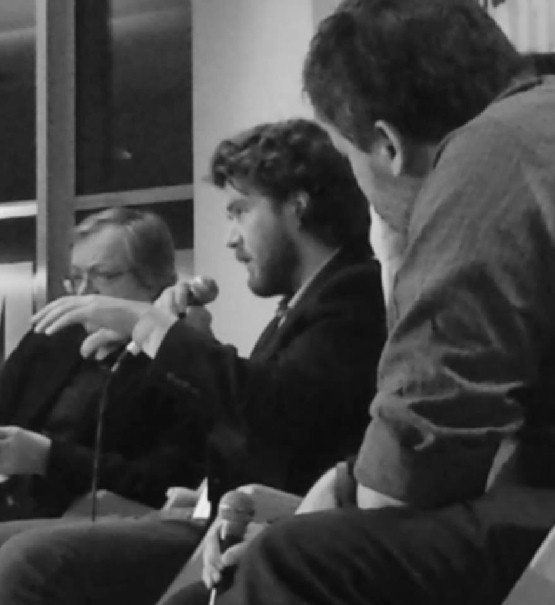 Dmitry Rudakov, originally from Odessa, Ukraine, but based in London and South America (Uruguay, Brazil) for the past 12 years, is a serial entrepreneur who founded Websplosion (http://www.websplosion.com) as well as a bunch of other successful Internet companies and products, like Chameleon Social Software (http://www.chameleonsocial.com). He is also a film director in his spare time with several festival wins (http://www.iffmh.de/en/the-festival/history-of-the-festival).

Q: So, are you a movie director or a software engineer? Isn’t it a strange combination?

A: I personally do not distinguish between movies, music, design, software, etc., it is all about creativity. I look at a good website design and hear music in it, I see a good movie and feel that it is a well built product. I think that life is too short to think about these things. When I have a project in front of me I will dedicate all my time and creative energy to complete it and make something good out of it. Most of the times I fail though. I think about 75% of what I do is not good. Well, it is total crap actually.

Q: So when you start a new project you know that there is a 75% chance that you will fail?

A: Yes, exactly. But I will try and try until I see that nothing can be done. Then I abandon the project. Sometimes it can take several years to understand that the project should not be continued. Well, it is still a shock, always! But you must not abandon a project too early. There is one particular project that I have been trying to finish for 9 years and only now we found a technology and invented some solutions that will allow us to do it. So one should use the intuition to determine if an idea is 100% bad or there is a slight chance.

Q: Your startup Websplosion is about creating social networking websites. Why is it interesting for you?

A: I think it is a good field for experiments with design, usability, new technologies. It is already obvious that all of us are too deeply inserted into the web thing to abandon it or forget about its existence, so we have to live with it. Or in it. And if we have to live with it we need to make it as comfortable as possible. The borders between “online” and “offline” are thinner every day. For me this is the exact point to be nowadays, the most interesting one. Cool stuff happens here. Technologies are born and die. And even I can invent something new.

Q: You went to a movie school, does it help with your software projects?

A: Yes, as I said I direct our software projects as if they were movies. It is all about the story, the perception. A social network, a website, a mobile app, they are all about stories. And the stories should be simple and nice. Why Tinder is so popular now? Because the story is very simple: left means “no”, right means “yes”. Is not it cool? I think the guy who invented this is a genius.

Now we are also developing a project that is a 3D chat environment software that will run on all devices. People will be able to put their own faces on the avatars. There is a lot of stuff to invent in this project so I find it very interesting for me. And it is very cinematographic as well. And almost every day we find something that seems a huge wall, an obstacle that can not be broken. And we break it by the end of the day. And tomorrow a new obstacle appears. It is a constant struggle. This is why it is so interesting.

Q: You live in several countries but where do your programmers live and work?

A: Now I live in Brazil but go to Europe quite often though I love to be in South America most of the time. We pay our taxes in Great Britain where our company is registered. But most of the programmers work from Ukraine, Belarus, Russia, Armenia, India. There are also American and European employees in the support team (because they have no accent, hehe).

I love remote work as well as all our employees do. It has been a game changer for our team. We have been fortunate to be able to tap into the largest pool of talent possible across the entire WORLD. Just imagine it, you have a city with 1 million inhabitants, so you need to choose the best programmer among these people. And then you have the world with its 7 billion people and you need to choose the best programmer among them. Which one will probably be a better choice? And I am sure that we have the best programmers, the best designers, the best everyone. Just because of the nature of this remote work.

I believe deeply that this is the future of work – and it has even more benefits than might meet the eye. I have read several articles lately about the benefits of a more productive remote team. Productivity is just the beginning of what we have experienced over the last few years. People are just happier to work at home. And it translates to our products, they all look and feel happy, comfortable. Like the favourite chair of our designer which he uses at home.

I used to have an office and used to have a team seated in this office. It is not cool. For us it does not work. We want freedom when we try to make great things. I want the programmer to go for a bike ride to think about a problem. And he comes back and knows the answer. Well, we are in the 21st century, who needs offices anymore?

More and more walls and borders are broken every day. The founder of WhatsApp was born in Ukraine like me, well, Google itself was founded by Sergey Brin who was born in Moscow, Microsoft is run by an Indian guy. I think it is really, really good that it is possible now. The more we live the more open are all the borders that surround us.

Q: Interesting. Going back to movies, are you planning to film one soon?

A: Unfortunately movies can not be planned, at least in my case. They need to come. You need to wait for them. Not long ago we came back from Germany where we won at a very cool festival with our film. 800 movies were sent to the festival and we won. I thought, maybe it is a sign, maybe the next one should be filmed here, in Germany? I walked around the city of Mannheim every day and thought a lot and even invented a story, but a month passed and I understood that the story was not really good. You can not invent one. It needs to come by itself. Like the terminator who came to Cameron in a dream, when he was sleeping.

And meanwhile, when you are waiting for your next story, which might never come by the way, you can invent something simpler like a new app or a social network.