April 10, 2018April 10, 2018
Sotiris Bassakaropoulos
0 Comment on If I Told You How You Could Make Instant $297 Paypal Commissions. Would You Be Interested?

One of the things I hear when working on the Internet every day is people making excuses.

Blaming other people for their shortcomings in many cases.  It’s easy to find something to hide behind instead of admitting too yourself who’s fault it really is. 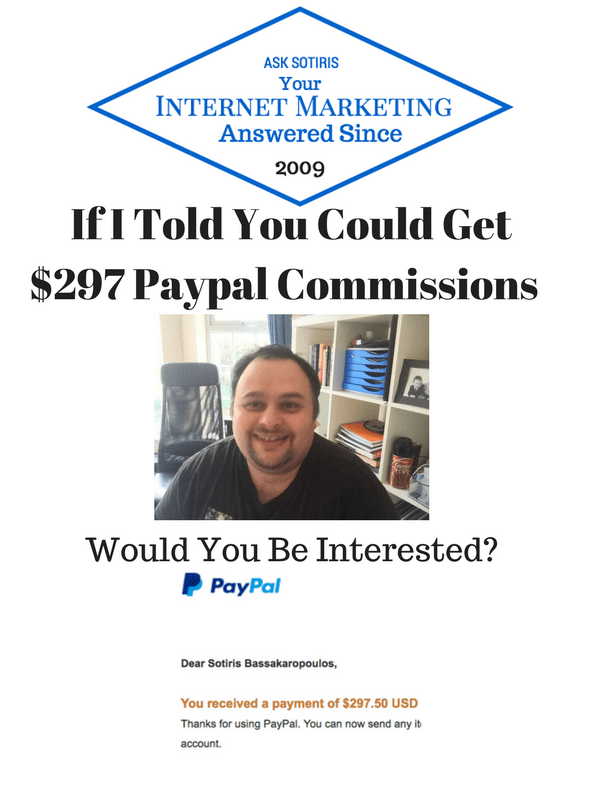 Many of these people are so deluded they have even convinced themselves that they have no financial responsibility for their life, and they leave it up to someone else.

The problem is life is uncertain, no one is guaranteed to be there for you tomorrow. To fix your financial problems.

When you go to a shop to buy food or grocery’s. No one gives a shit if you have excuses, for why you have no money to pay for them.

It’s just tough shit, which in many cases you have brought on yourself. Due to neglecting your finances for many months or years in some cases.

The same goes for your finances, being a victim and whining and complaining without doing any work or taking a new action will change absolutely nothing for you.

On the other hand investing, saving and growing your money and paying yourself first will leave you in a much greater position after a while.  As far as money and finances go.

It doesn’t matter whether you get $30 a month or $3500 dollars, what’s important is what you keep.

I am sure you have heard multiple stories of famous film stars, sports stars, lottery winners that have made 10s or even hundreds of millions and have ended up completely broke and bankrupt in many cases.

Today I have had three people hitting me with negativity and excuses, and wondering why they are broke.  And really it is actually their fault, even if they will not face up to the facts and admit it.

Facing up to facts, taking responsibility and admitting things is the first step to actually making a change in your circumstances.

If you cannot admit to what has gone wrong, or what is wrong with what you are doing?  Then the chances of you fixing it are pretty low..

It’s kind of like an alcoholic who has an problem with drinking, but will not acknowledge that they have a problem.  If this is the case then there is a very slim chance of them actually quitting the booze.

The first step in improving anything is admitting what is wrong and then doing something different to change the previous results that you had.

So if you are alcoholic first step is to admit you have a drinking problem.  The next step would be to start looking for some buddies or peer groups to help you to quit the drinking.

If you are lottery type person, with a all I need is a big win mentality. Chances are in 5 years you will be more broke than you where before you won the lotto.

I took advantage of buying a lifetime license to a software that not only makes me $297 Commissions. But I can use it to create multiple products at prices even above 2 or $3K in any currency and build up a list of buyers at the same time. 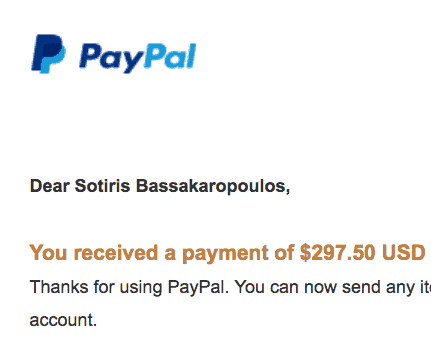 For someone who understands how online business works this really is an opportunity of a lifetime.

For those who don’t and are looking to get what they are entitled by pushing the big red button for $47, and watch the commissions rolling in. Or the people who want to buy a lotto ticket because they think the responsibility for their life lies elsewhere.
Yes all they need is one big hit to change their lives forever..

Even if the chances are probably less than 40 million to one.