August 5, 2017
Sotiris Bassakaropoulos
0 Comment on I Believe There Is A New Go Daddy 20% Rip Off Tax For UK Residents

The last few times I went to buy domains I noticed a new 20% charge on all of my transactions, now if you have one or two domains you probably would not bother. but for someone like me who had over 600 domains at one point that is a n extra $1200 a year for nothing.

Here is a domain purchase in May 2017 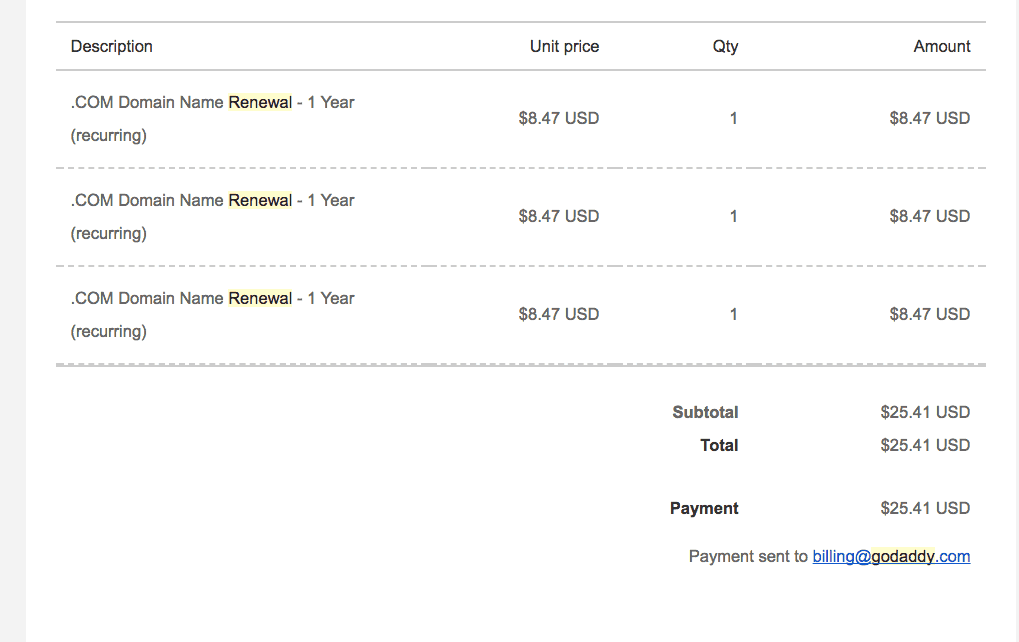 Here is todays purchase with the new tax lopped on. 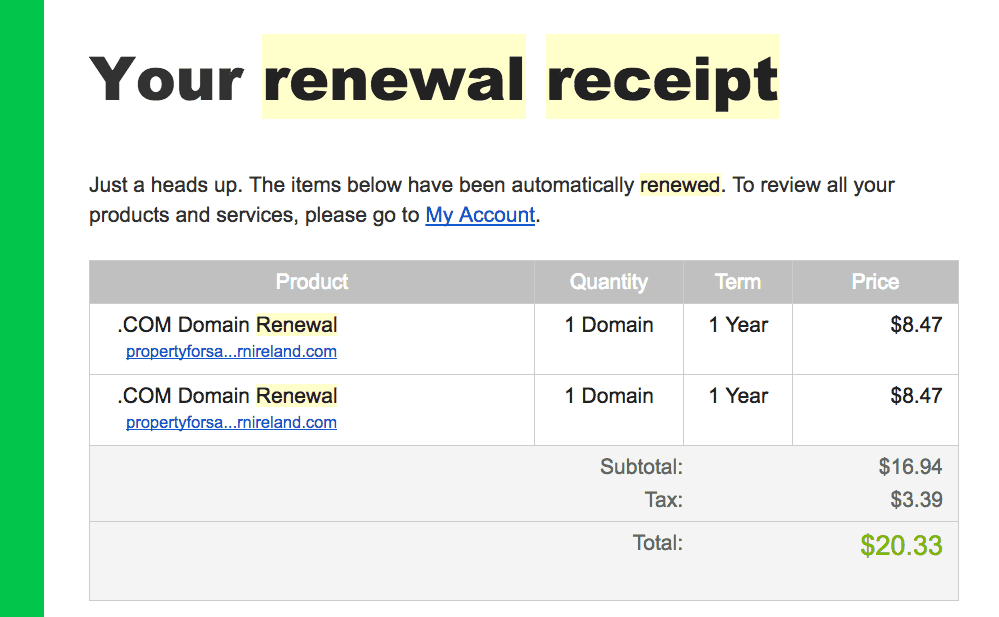 Now even though UK is leaving EU because everyone voted against it, GoDaddy is taking a 20% EU Tax for people in the UK to pay for domains.  How I confirmed it is EU tax is because they are using an EU VAT number so basically I am giving 20% of my money for nothing to the EU Mafia.  As they do not have a UK Vat Number or at least that is what I was told.

I asked the customer representative for the VAT number as if money is being taken off me for some make believe digital tax, for UK residents they should have a UK Vat Number..  But they confirmed that it is not a UK VAT Number but an EU one..

So it goes directly to Merkel and her cronies in the EU..

When I questioned them for further explanations where my money was being sent no explanation was given.   Just quoted some email address to write to, Which will no doubt go back into Godaddy Hyperspace.

This was done to me by hostgator a few years ago and I downgraded from a $500 a month server plus their new $100 a month Tax $600 in total. To 5 Smaller servers at $20 a month..  It’s the fucking principle, why the fuck should my digital products fund some fucking bureaucrats sitting on their fat asses in Brussels. 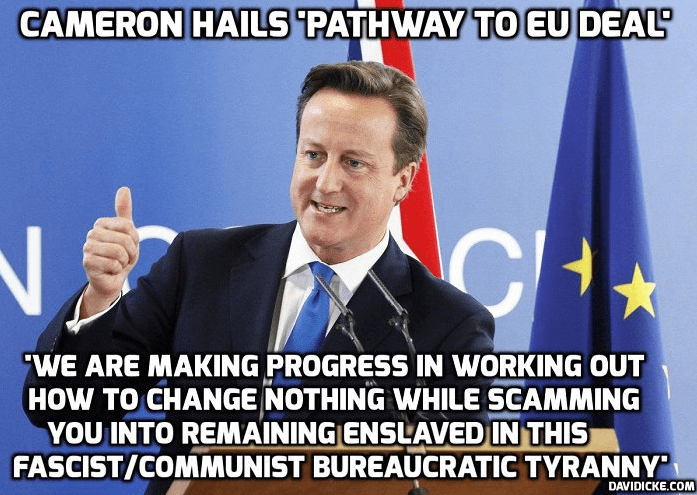 Figuring out the next way to rip people off giving them absolutely no value whatsoever..

Well Once again I am not going to fund these fuckers VIA Godaddy actually I will have to as they are forcing me to , but you know what it will be coming off . It will come from Go Daddys money one way or another.  As my domains will be getting culled down to the minimum, as I do not fund scammers..

In fact I will be looking at other domain providers after 10 years plus with Godaddy.

The crazy thing is once I reached over 400 domains Godaddy made me a VIP customer.

If this is how you treat VIP customers it’s a wonder anyone still uses them.  I can take all the upsells,I can handle the auto billing and renewals, but being robbed for no reason does not sit well with me. And I will not be taking this shit without some recoil..